The Urwaldsteig Edersee is a 68 km long loop trail around the Lake Edersee. The lake is surounded by one of the last primary beech forests in Germany. The Urwaldsteig Edersee is located at the northern edge of the Nature Park Kellerwald-Edersee and at the border of the National Park Kellerwald-Edersee. Additionally some small lakes, floodlands and steep valleys making this trail more spectacular.
It´s possible to start in Waldeck and end there again after three nights of camping somewhere. We did it anti-clockwise. Of course you can choose different entries around that reservoir Edersee. The National Park Information Centre is based near the village Kirchlotheim near the trail. It informs about the natural treasures of that region and the Urwaldsteig Edersee as well.

Stages of our Urwaldsteig Tour in Germany, October 2019

Arrival by car in Waldeck at 1 pm. Free parking is available at the tourist office. Below the Castle begins and ends the Urwaldsteig Edersee, which lies partly in the Kellerwald-Edersee National Park. A signpost with the white UE on a blue background shows the direction. The trail led steeply down into the Waldecker bay. Past a cable car and over a wooden bridge we came into the Bachtal in serpentines. Craggy woods with old oaks and beeches alternate with beautiful views of the lake. This landscape is like a fairy world with mythical creatures and gnomes. In the small settlement Nieder-Werbe we made a little break. Following the Urwaldsteig Edersee we came out above Scheid and followed the route for another four kilometers. At dusk we went through the deciduous forest and followed a path down to the lake. On the campsite “Seemannsheim”, closed at this time of year, we set up the tent. We hiked this tour without our stove and as a result we lay down without warm food in the sleeping bags. There was no rest stop here.

At 8 am we packed together to get back to the Urwaldsteig Edersee trail. Passing the Katzenberg, we went down to the shore. In the village of Asel we hoped for a cup of coffee. The path leads past the seminar center Edersee, where we were offered a coffee by chance and luck. In the village Vöhl Herzhausen we finally got a warm, luscious meal in a country inn. At 2:30 pm we marched towards the National Park Center Kellerwald. The museum is recommended and suitable for a coffee break. At dusk we went into the Buchenwald forest. It got pitch dark and so we used our headlamps to find a suitable night camp. Here we had to go in a strong autumn wind through knee-high beech leaves, which was a crazy experience. The campsite Asel South was our choice for this night on the Urwaldsteig Edersee.

There have been strong gusts of wind during the night. At the campsite we were supplied by helpful residential campers with hot water for a hot coffee and our oatmeal. On narrow paths, we descent to the mouth of the bear creek. Through the primeval forests of the Arens-Berg you reached the idyllic Banfe Bay. North of the Bloßenberg, the path went through a narrow wild and romantic valley. Steep rocky slopes with rare plant occurrences accompany the path along the lake. After the circum navigation of the Daudenberg (465 m) the Urwaldsteig Edersee led us through block stacks. In wide serpentines we went down to the “e.on. Information Center”. Passing the upper reservoir of the pumped storage power plant Waldeck, there is a road directly to Hemfurth. Until then have not been able to buy anything to eat and drink. After a snack in Hemfurth, we went in search of a place to stay. Rather by chance we stayed in a small pension.

A rich breakfast with bread and jam made our day. In front of us was only a remaining stage of 8 km. From the Eder the Urwaldsteig Edersee runs parallel to the slope in the direction of Uhrenkopf (390 m). From various vantage points you had a great view of Hesse’s largest lake and the crippled oak-beech bush. The path took us closer to the Edersee and finally to the road leading to Waldeck. After a few hundred meters we reached our goal Waldeck Castle around noon. Our car was waiting in the parking lot of the tourist information for the return journey.

For more information about the Urwaldsteig -- Germany don´t hesitate to contact us. Feel free to watch our videos on YouTube and explore our other trails we´ve experienced for you!
Take care and go out and make it happen! 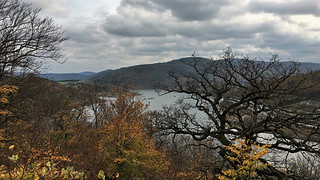 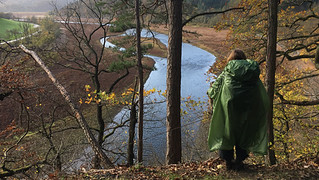 Urwaldsteig view to the river Eder 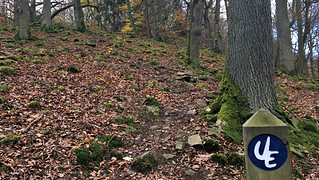 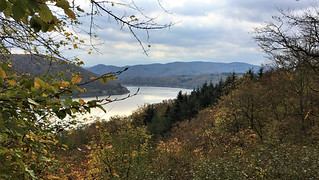 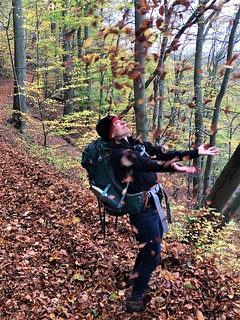 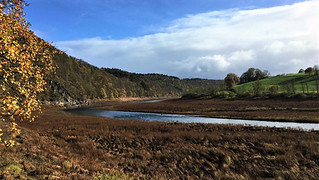 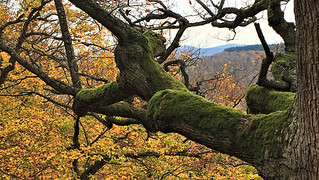 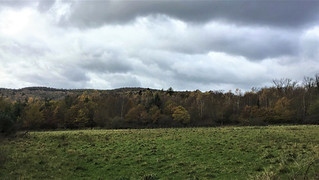 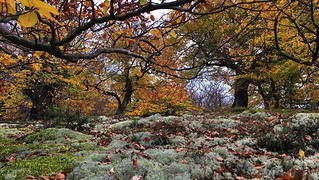 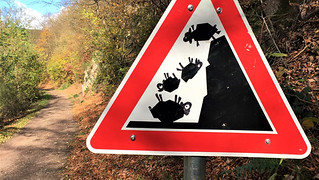 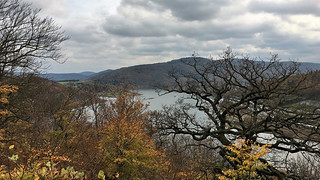 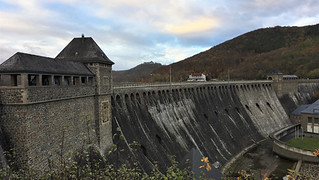 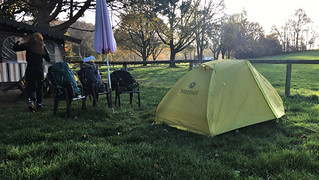 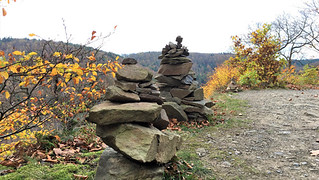